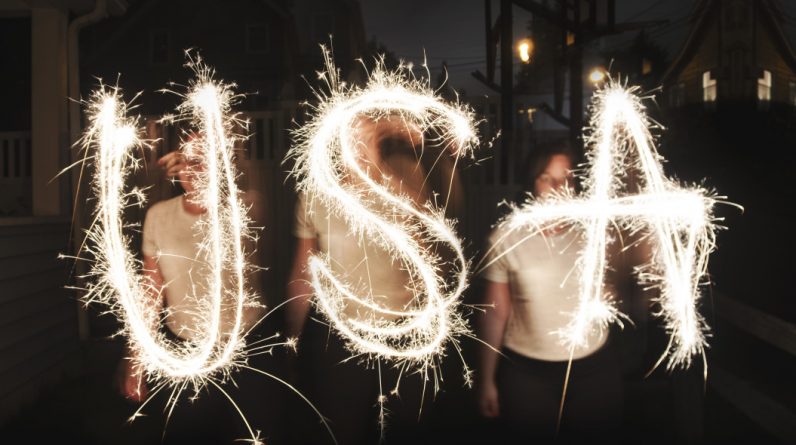 In the United States, Independence Day-also known as the Fourth of July-is a national holiday during which Americans celebrate their country’s declaration of independence from Great Britain. Normally many people celebrate this day with picnics, parades, and fireworks, though celebrations sometimes vary by state. Although the celebrations vary, the purpose is the same throughout the country.

Hanging the American Flag is one way to celebrate the Fourth of July. People often hang their flags on their house, on the front part of their cars, or in their work place. Other ways to hang the flag include: on a bike or scooter, in the backyard during an Independence Day Party, and from a terrace or window.

Recollect the Declaration of Independence

Independence Day is also an opportunity for people to educate their kids about the history of America’s independence. Get a copy of the Declaration of Independence and read it to your kids. In order that it won’t be more than a page or two to prevent boredom, read to them like it’s a story to make them feel interested while listening. Make them understand what the struggle for freedom was all about and why it’s still worth fighting for.

Choose to wear clothes that have the U.S. flag printed on them, or dress up in red, white and blue. Anything like this will make anyone look patriotic.

Face painting is another way to celebrate Independence Day. An American Flag design on one’s face screams patriotism; there is also the option for non-permanent tattoos and washable finger paint. Nail art that falls into the red, white, and blue category is also viable. Browse online to explore a variety of fun ideas for Independence Day.

Watching a local Parade on the Fourth of July is a fantastic way to get into the spirit. Make sure to apply sunscreen, wear a hat, and bring a big bottle of water so that you don’t feel the urge to head back home too early-staying comfortable during the parade makes it more enjoyable! If there’s a seating area available, it may be a good idea to bring folding chairs or mats. For anyone in Washington D.C., it’s a good idea to head to the National Independence Day Parade on Constitution Avenue and enjoy the fireworks overlooking the Washington Monument. If watching fireworks in San Diego, do not forget to visit the Mission and Pacific beaches and watch the fireworks after dark.

Making crafts related to Independence Day is an entertaining activity for children. It’s a perfect time to make crafts because each craft symbolizes patriotism. Some craft ideas include flag pins, homemade tri-color paperweights, customized greeting cards, and bracelets. Bracelet types range from beaded to woven bracelets to writable bracelets. Writable bracelets have a lot of benefits, in particular because it is easy to customize them at home while enjoying the art of craft making. There is also the option to make a yarn wreath or a glowing star lamp.

If homemade crafts sound too time-consuming, there is always the option to buy customizable wristbands. Wristbands, especially those bought online, are very flexible when it comes to customization. Write a Fourth of July Message on them, such as “Proud to be a free American,” or simply, “Happy Fourth of July!” Customize colors so that each wristband is red, white, and blue in some way. There are also a lot of design customization options such as getting an American Flag design on each band or adding clipart. And since wristbands in general are such a possible fashion accessory and can be worn by practically everyone, it is a perfect gift idea for the Fourth of July.

With so many different ways to celebrate the Fourth of July, be sure to make this special day a blast!

Subscribe to my newsletter to stay updated with new posts and product reviews.